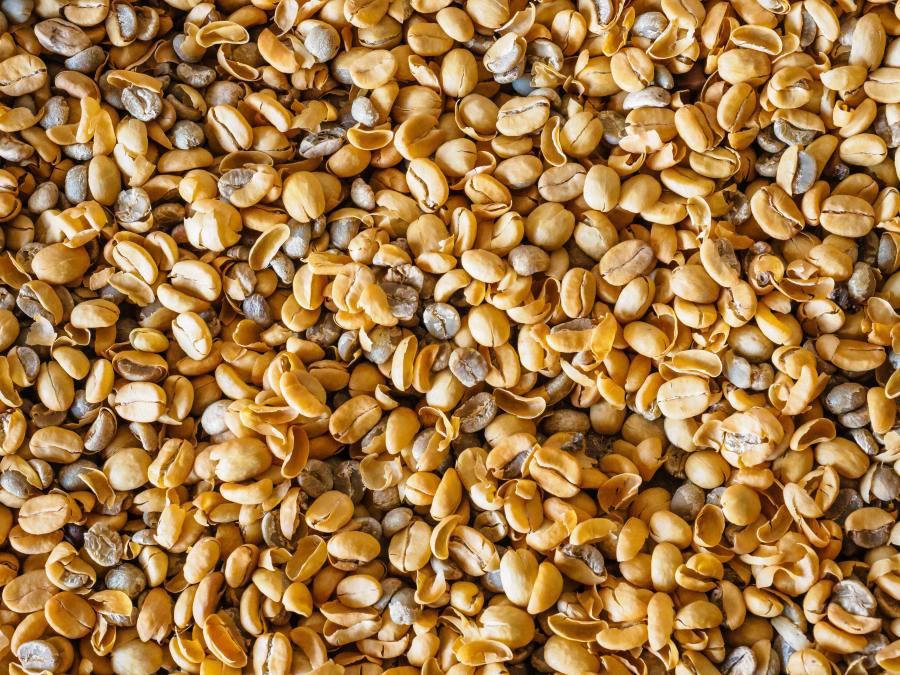 No matter how many times I’ve read and heard this gospel proclaimed, there are constantly new surprises to find. The line that catches me this year is, “Supposing him to be the gardener…” Why on earth would Mary Magdalene mistake her friend, teacher, and rabbi Jesus for the gardener? Was her eyesight blinded by the two angels, sitting where Christ’s body had been? Or is she closer to the truth than we might realize, supposing him to be the gardener?

“Maybe this gardener looks like he knows something about hope,” write the authors Kate Bowler and Jessica Richie, “hope that Mary desperately needs.” They go on to explain:

A gardener knows the kind of hope it takes to sow a seed in the ground, to cover it with manure, to bury it in the cold winter dirt surrounded by naked trees. To leave it be for months, trusting that with the magic amount of water, air, and time something new will be born out of a single seed.
…A seed reaches its potential only when it is buried. When things look most lost, most dark, most covered, most long-gone, most hopeless…that’s when the seed is undergoing the most important change.…
Seeds must be buried, but some even need more drastic circumstances to allow for new life to bust through the thick seed coat. Some need to be exposed to almost freezing temperatures before they will germinate. Sequoia seeds germinate only when burnt. Some seeds when ballooned with water finally burst open. Some when they are kept in the pitch black for a long time. Hard-shelled seeds must be scarred, cracked, or manually broken open. Some need to be eaten by animals and, ahem, released. And still others must sit dormant for several years before something mysterious triggers them to sprout.

Maybe it only makes sense then that at the empty tomb Mary would suppose him—the resurrected Christ, the seed of God, the one who had come through his own extreme suffering, death, and burial—to be the gardener. He had just lived, died, and resurrected that very truth of hope in the face of death, and new life coming out of the apparently barren and Godforsaken ground.

What seeds of hope are you carrying around with you right now? Have you gathered here today with tender and tested memories of church in years past? Consider the faith and practices that call us together—the hymns, Scripture, rituals, and prayers that have sustained us. We receive all these as seeds from others who have faithfully passed them down, the witness of resurrection that extends back from one heart to another, all the way back through time and space to Mary Magdalene, the first messenger to announce Easter’s resurrection. We seek to practice our faith in flourishing communities of justice, service, and loving compassion in the name of Christ. Along the way, we pass further seeds of faith on to other communities and generations, hoping they will amend what has been wrong, and extend what has been right.

Yet right now, we see how the seeds of faith are being tested, crushed, and broken open. It is hard to believe the seed of resurrection life still has hope when the causes of despair are so numerous, extending from catastrophic war abroad to poverty in our communities. Can good seeds germinate, we might wonder, in the face of cynical laws that target transgender youth for political gain, and that limit the freedom of women over their own bodies? When unarmed people are shot simply for being the Black color that is the image of God, when conflict boils for decades without resolution in Palestine, and when the planet warms dangerously because of the inaction of a powerful few? Has the seed of faith been lost when younger generations show up less often in worship, when church buildings reach the end of their useful lives, and when congregations look to one another for support they used to have on their own? Yes, we know something of the grief, confusion and dismay that filled Mary’s heart, supposing Jesus to be the gardener and then learning what a Good Gardener he is. Because in the right hands and under the right conditions, even long-ago forgotten seeds have a mysterious, astonishing power.

Leah Penniman is a co-founder of Soul Fire Farm in Massachusetts, which focuses on reconnecting black, indigenous and people of color communities with the land through regenerative farming practices and indigenous wisdom. Several years ago, I heard her tell a remarkable story about how African ancestors braided the stems and seeds of local plants into the hair of captured slaves before they were forced onto transatlantic slave ships. She says, “Our ancestral great-great-great-great-great grandmothers gathered up their seeds, braided them into their hair as insurance for the future, because they believed we would exist.” These many generations later, Soul Fire Farm is now doing urban farming in Worcester, Massachusetts, where heavy industry has left the soil badly polluted. One of those plants that was braided into hair and brought over centuries ago is called pelargonium, or scented geranium. And it turns out “that this flower… has a superpower which is that it accumulates lead and other heavy metals into its leaves to cleanse the soil.” Penniman describes how they “ended up using the pelargonium all over the city to do ‘phytoremediation’ [plant fixing], and started to pull the lead out of soils and rehabilitate” the land. Isn’t it remarkable what seeds can do in the hands of good gardeners? After describing how she sometimes gets discouraged and feels beaten down in the very hard work of restorative practices and justice, Leah Penniman goes on:

I’ve told this story of our ancestors making this audacious decision to braid seeds into their hair before being forced into the bowels of slave ships, and…if they could face that…and decide to save some seed for us, believing that they would have descendants, believing that we would need to inherit this seed, who…am I to give up on my descendants no matter how hard things feel?

…My ancestral grandmothers have been in my dreams, braiding seeds, and that has really fortified me when I get overwhelmed and touch despair and worry… Just keep passing those seeds down; that’s our duty.

The living Christ whom Mary recognized as a Gardener at the resurrection bears witness to the wisdom and value of seeds, faithfully passed down. And might it be that—even when all evidence would suggest the opposite—the seeds of our ancestors are finding their fruit right here and now? I’m thinking of the faithful decisions over a century ago by which Linden Hills Congregational Church spun off and supported a Sunday school, that grew to become Morningside Congregational, then Edina Morningside Church. And how this Edina Morningside Church has now been in years-long partnerships with Linden Hills UCC, forming faith together in confirmation and youth groups, or visiting and supporting our mission partners at Daylight Center and School in Kenya. The seeds of these intertwining relationships have brought us together in recent months to share office space, share worship, and share Sunday school again. Then last Sunday, the congregation of Linden Hills voted unanimously to seek a merger with Edina Morningside, meaning more may be possible in our shared future together. All these decisions along the way have been sacred seeds, weaving us together in paths toward new life that none of us can fully recognize now. The decisions before our congregations in coming months are further seeds, and who’s to say what they will grow into?

None of this has been easy, nor will be what comes next. It will be imperfect, but we act with faith that God will make our efforts “good enough”. If you’ve been around for very long at all, you know that to be Church and bear hope in these days is a challenge. Yet this is the precious seed we have inherited, a good-enough faith that carries us from moment to moment, that will grow in unforeseen ways into just what we need when the time is right. Christ will garden through these seeds, and from all the conditions—challenging and otherwise—in which they are planted, growing an abundant Easter transformation that we cannot imagine on our own.

By faith, then, we see with Mary Magdalene that Christ is the Gardener after all. “… Maybe this is what it means to be an Easter person—to see Christ and think, Gardener, not as a mistaken identity but a prophetic one. The seed in the ground, the body in the tomb—this is a picture of defiant hope.” As Kate Bowler and Jessica Richie conclude, “…This gardener knows the hope it takes to believe that through the death, the freezing, the fire, the floods, the darkness, the crushing, the consumption, the waiting—even there, new life can be born. This is the radical moment of new life bursting forth from seeming death.” May God make it so as on that first Easter morning, and may the seeds we inherit and pass on be put to good use in God’s resurrection. Alleluia, and amen!