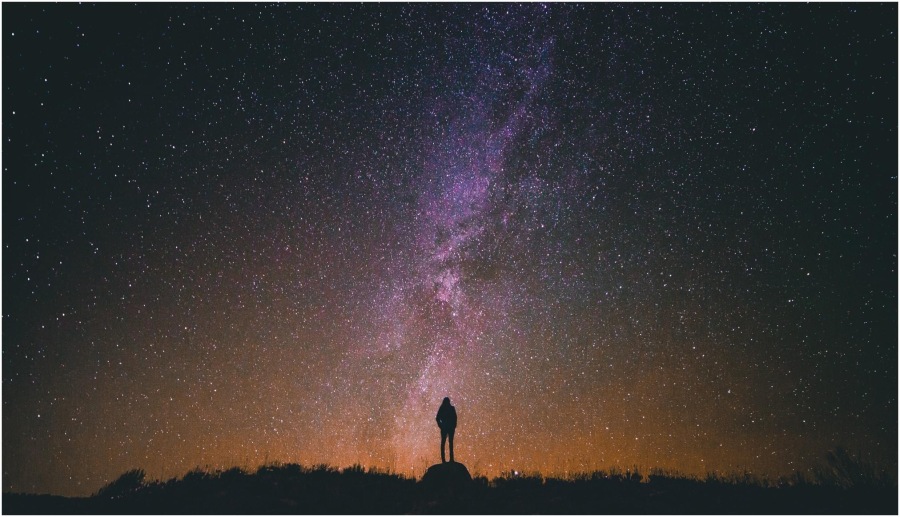 Corrie ten Boom lived in Europe a hundred years ago, learning the trade of watchmaking from her father, and becoming the first woman watchmaker in the Netherlands. Growing up in the Dutch Reformed Christian faith, she also started a successful youth club for teenage girls until it was shut down by the Nazis when they invaded the Netherlands in 1942. Corrie ten Boom’s autobiography The Hiding Place describes how she and her family then worked in the Dutch underground resistance, protecting Jews and other targeted people fleeing Nazi fascism. The family safe house was betrayed by an informant in 1944, and ten Boom survived a series of concentration and work camps, even though she was in her fifties at the time. She saw how civil society can give way to autocracy, but Christian faith helped Corrie ten Boom resist and protect others. She described the trust that’s needed to keep faith in challenging times. “When a train goes through a tunnel and it gets dark,” she said, “you don’t throw away the ticket and jump off. You sit still and trust the engineer.”

That may be easier said than done when you’re a long time in the tunnel, which is where we find Abram today in Genesis 15. Abram and Sarai are the ancestors of countless Jews, Christians and Muslims, but when we meet them in Genesis they are unlikely heroes. Somewhere in their sixties and seventies, God calls them to leave all that they know and go in a new direction, led by God “to a land that I will show you”. God promises three things in the initial covenant with Abram—land, blessing, and many descendants. The first two have come true at this point of the reading, but they have not had children after years of trying, and they’re only getting older. Despite divine reassurance that “your reward shall be very great”, Abram laments to God: “what will you give me, for I continue childless”, and “you have given me no offspring.” Kathryn Schifferdecker from Luther Seminary in St. Paul writes that: “Infertility is a heavy burden for anyone who experiences it. Longing for a child and not being able to have one is one of life’s greatest sorrows. But in the ancient world, infertility was made worse by the fact that children were one’s insurance policy for being cared for in old age. …Having no children meant a bleak future.”

Sarai and Abram are on the metaphorical train in the tunnel for years, and I’m sure they thought about throwing away the ticket and jumping off. Even so, God reaffirms the covenant promise today to Abram. “Look toward heaven and count the stars, if you are able to count them. …So shall your descendants be.” And Abram believed the Lord. The entire legacy of faith that Christians, Jews, and Muslims inherit from them today is because Sarai and Abram were able to believe. They “live their lives against barrenness”, in the words of Walter Brueggemann, “as creatures of hope in a situation of hopelessness.”

Beloveds, we know about being in the tunnel a long time too. Abram’s doubts and fears about the future mirror our own. What promises and hopes have you been living on, but find them broken or unfulfilled? Where are your places of barrenness and disappointment? What are the “impossible” things we long for as a people now? The challenges of prolonged pandemic and social distancing requirements, worsening health outcomes for people of color, one climate disaster after another, and hypocrisy by elected leaders would have our backs against the wall. Relationships in the community and among friends and family members fray over partisan differences, conspiracy theories and collective delusions. We wake up each morning trying to steel ourselves with courage to “trust the engineer”, but can the broken eggs of democracy and relationships be put back together again? How does one live with hope, despite all apparent evidence to the contrary?

The church gathers today with Abram and Sarai, full of fears and yet also led by God under the ever-present stars. We gather in the name of Jesus, and his unlikely yet God-guaranteed promises:

These are the stars of promise that God calls us to count on even in the tunnel times.

I’m guessing that most of us both want to trust such promises, and we struggle to trust.  We have the same disposition as the panicked father who comes to Jesus for healing of his child (Mark 9). With the father, we say: “I believe; help my unbelief!” Taking up God’s invitation to “count the stars” is not cynicism, mockery, or whistling in the wind. It is allowing ourselves to be opened to the impossible possibility that the God who joins humanity in crucifixion will endure through to resurrection, and turn even the tomb into a womb of new life. It is trusting that God is still God, working for a future promised at the end of all things, when “Death will be no more; mourning and crying and pain will be no more, for the first things have passed away”, and God “will wipe every tear from their eyes.” (Revelation 21:4)

John the Baptist, the herald of Jesus, tells his followers that God is able to raise up children of Abraham in the most unlikely of circumstances, even from stones (Luke 3:8). So today I call on you to live as Abraham and Sarah’s children, as numerous as the stars. The impossible vision that Abram saw still soars overhead and enlists our lives. We are Abraham’s children, even in the present moment. Remember the eternity of promise which God sustains in you, sit still through the tunnels of despair that at times can be so long, resist cynicism with lovingkindness for neighbor, stranger, enemy and self, and trust the engineer of creation to lead us all safely through. Amen.