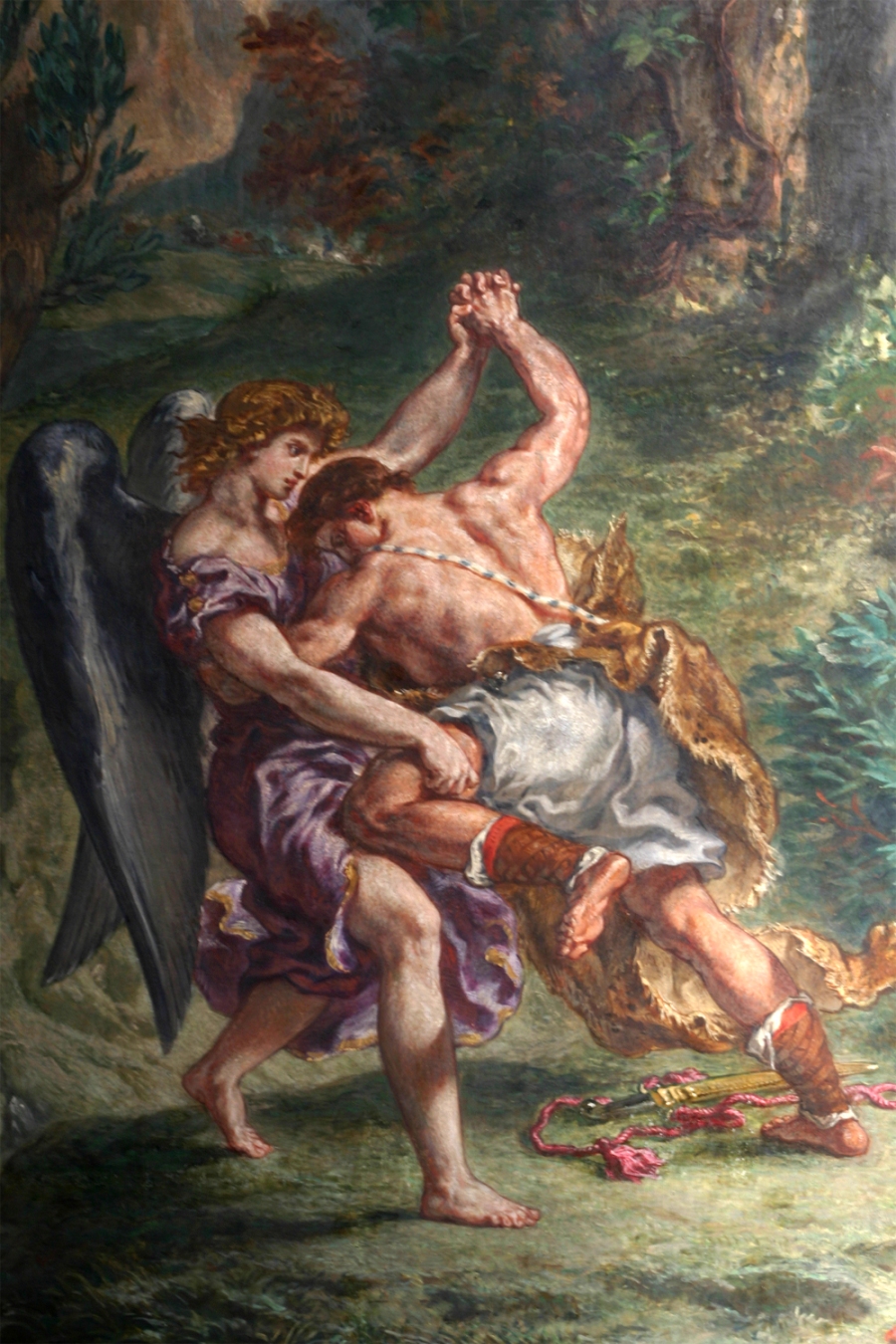 My full given name is “Obadiah Zarephath Ballinger”. It barely fits on a driver’s license. When we had to put our names at the top of our papers in elementary school, I was always the last person done. I didn’t know how to spell my middle name for the longest time, so I used to spell it “Zero-path”.

To know my name is to very quickly know something of the story of my life. Because as soon as I tell someone my name, questions or comments arise, and the story of its origin generally comes out. Some of you know that I was born and raised in a cult. I got my name from the cult leader. Like many of the other children I grew up with, my name came from where this man’s finger landed at random in the Bible. I could have been called “Jesus”—or “Judas”! But here’s the thing: despite all the other malarkey of the cult, I believe that there might have been a divine hand in my name. Because Obadiah means “servant of God”—my vocation named before I could ever have chosen it for myself. The name “Obadiah” holds my history and my identity in just one word.

What is the story of your name? Do you know where it comes from, or what it means? Has your name changed over the years, through marriage, divorce or remarriage? Were you baptized or confirmed in a tradition that offered a saint’s name at such times? Each of our names and nicknames is a key to our history, our identity.

The same is true for our ancestor in Genesis. One meaning of “Jacob” is “the one who grabs by the heel”. He came by that name when he was born, holding his twin Esau in the womb by the heel, so that he could be born first instead. “Jacob” has other connotations also, none of them positive. It means a cheater, a “trickster/over-reacher/supplanter”, or simply, a “heel”.[1]

“Jacob” captured this man’s history, and it formed his identity for years and years. He fought mightily his whole life. His mother Rebekah thought she would rather die than give birth to these twins Esau and Jacob, wrestling inside her. The boys were fierce rivals as children and adults, as opposite as you can imagine. The younger Jacob consistently outmaneuvered the more powerful, rugged and manly Esau. First he withheld a meal when Esau came back hungry from hunting. Jacob held the food ransom until Esau gave away his birthright. A few years later, mother Rebekah helped Jacob trick blind father Isaac into giving the eldest blessing to Jacob rather than to Esau. The two were at each other’s throats, until Jacob fled for his life. That was the last time Jacob saw Esau, up to this point in the story at least.

Now, twenty years later, God calls Jacob back to his ancestral home—back to Isaac, Rebecca, and Esau. As we get to today’s reading, Jacob learns that Esau is coming to meet him—with an army of 400 men. Jacob is a man in crisis as the sun goes down by the River Jabbok. Tomorrow he faces sure destruction from Esau’s army. His history has finally come back to haunt him. Sending all that he has ahead of him, Jacob is left in the dark by himself. And there Jacob wrestles all night long, even with God.

Renowned Bible scholar Walter Brueggemann says of this passage: “In the night, the divine antagonist tends to take on the features of others with whom we struggle in the day.”[2] And here God is, confronting Jacob the trickster with all that he has been his whole life. Does he see Esau in the night, or countless others Jacob has struggled with? Does he see himself, his distasteful name and history? God haunts Jacob in the worst night ever—full of dread at the past, and dread at the future. Yet Jacob is not destroyed, because God does not seek Jacob’s defeat, but his transformation. Like firing changes iron into steel, or clay into ceramics, a life-and-death challenge changes Jacob forever.

When the cold sweat breaks, the morning dawns, and Jacob is finally free, he comes out the other side with a limp and a new name. Jacob’s limp testifies to how much the encounter cost him, but is also proof that it really happened and that he survived it. It is a scar that tells a story of healing and overcoming for the rest of his life. And his new name, “Israel”? That too is a badge of honor. “Israel” means both “God strives” and “the one who strives with God”. Jacob the trickster has become a “God-wrestler”. God gets intimate, up-close-and-personal with Jacob—not to destroy him but to goose him into growth. In the crucible of night-wrestling, Jacob’s challenge leads to permanent transformation.

Can you think of struggles that have felt like night-wrestling? I suspect there are times when all of us have felt like we’re under assault, even from God. When we are forced to grapple with our identity and history, in ways that cause us to die to our past selves. Yet the Good News is that God-wrestling can lead from death into new life when morning comes. The author Parker Palmer has written about his long struggles with depression. He spent months at a time barely leaving the house, being visited by only a few friends. Yet on the other side of it, Palmer has come to describe his depression as a friend. It forced him to slow down an unsustainably hectic life, and it pushed him so far down that he could finally feel solid ground again.[3]

What challenges have changed you forever? There are times which cause our whole lives to be measured in terms of “before” and “after”. Perhaps you went through major surgery, and have never felt the same since. Perhaps a fall has made you more fragile, or made it impossible to do the things you used to do. Perhaps your beloved has passed away, and now you find your way as a single person again. Perhaps it was coming out as a gay, lesbian, bisexual or transgender person. Perhaps it was a divorce that changed your name and your identity. Perhaps it was downsizing at your company, which led to unemployment. What struggles have transformed you, or are in the process of doing so right now?

Furthermore, night-wrestling with identity and history comes not just to Jacob and other individuals, but also to societies as a whole. The abolition of slavery and the Civil War is one such example, as is the Civil Rights movement. We are in such a time again now, wrestling with ourselves and our history as a country. In the words of an article on the Black Lives Matter movement in Time magazine, “One of the guiding principles of the protest movement …is that discomfort can bring change.”[4]

Our struggles and defeats as well as our victories come to define us. Existential threats to our identity or purpose will never be easy, or immediately understood as good. However, on occasion and by the grace of God, looking back on them later they may appear as a blessing in disguise. And as Jacob-now-Israel models for us, wrestling with God and ourselves until the daybreak “may end with a blessing, even though one may limp on afterward with the scars of the battle.”[5] May it be so for you, for me, and for all of God’s broken-yet-beautiful world. Amen.

Cover image: Detail of Eugène Delacroix, “Jacob Wrestling with the Angel“, via Wikimedia.