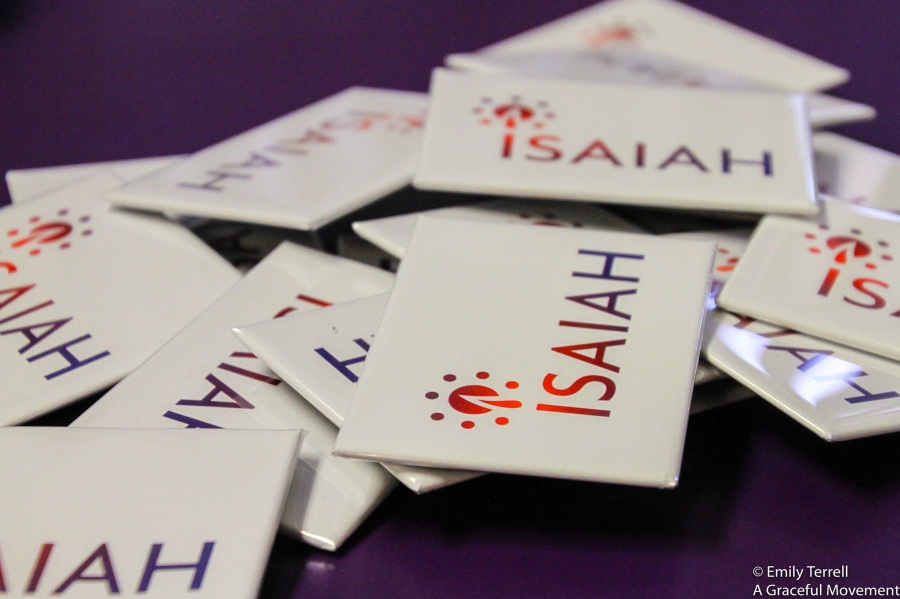 I always find this week to be a weird one, don’t you? It’s a sort of limbo time, between the high points of Christmas and New Year’s. Christmas is the finale after weeks—or months—of preparation, and New Year’s is the launch of a brand-new start, but in between them are these quiet, unremarkable days. For many families, this week involves travel—coming home from a Christmas trip, seeing the other side of the family, or going to wherever one will spend the rest of the winter. Even if this week has not literally held travel, it still feels like the hours on a trip between departure and arrival, when everything is in motion and nothing is settled yet.

Part of what makes this so is the annual ritual of simultaneously looking back and looking forward. The news this week has been all about evaluating 2017, and making finger-in-the-wind predictions for 2018. Pundits seek to summarize the past 365 days into one or two overarching themes, as though we need to tie the year up with a bow in order to move into the next one. Facebook tells us how many friends we made in the last year, and invites us to wonder what the year ahead will bring. We transition from what has been to what (we hope) will be, putting our best selves forward into 2018 with resolutions of every kind. What are you saying goodbye to this week? What are you looking for in the new year?

Are you on a quest for greater Truth, like the wise travelers from Matthew’s story? What winding paths will you follow in the journey? Many pursuing wisdom will seek leaders worthy of being followed in the new year. There’s a great deal of froth and churn about electoral and political dynamics among the chattering classes today (and I include myself there). Some in 2018 will feel tempted to hitch themselves to one candidate, party, or celebrity. Whose star is rising now? What stars are falling? Like ancient magi, we go searching the whole wide world to find a Truth which will cause us to stop at last, “overwhelmed with joy”, offering attention, allegiance and other gifts. My searching for wisdom involves Minnesota Public Radio, David Brooks, and ironic cartoons in my new page-a-day calendar, but I still haven’t found what I’m looking for. Have you?

Or perhaps you’re among those searching for a more basic goal of safety, fighting for our survival like the Holy Family. Pastor Sandy Johnson, retired from First Congregational Church in Northfield, tells of a “chilling benediction” she once heard in seminary: “Do not go in peace. Herod is still on the throne and the children are not safe.” Herod stalks the kids of Minnesota today through defunded health insurance programs, education unfit for the 21st century workforce, swollen prisons for nonviolent offenders, and an opioid addiction crisis. In our own congregation, a dozen people gathered last week at an ISAIAH house party to name what’s keeping us up at night. For our neighbors, our loved ones and ourselves, it’s health insurance expenses, prescription drug costs, immigration failures, student loan debt, changing needs in elder care, and a general “us/them” divisiveness in public life. Yet instead of broad community engagement to find fixes for these problems, 2018 threatens an election cycle that will slice and dice Minnesota, separating kin in the body of Christ for the sake of short-term political gain. We can expect to be intentionally divided from one another through fear: whites from folks of color, poor from rich and middle-class, native-born from immigrant, Republican from Democrat, and metro residents from those in greater Minnesota. Where are the safe havens to find shelter in such threatening times? Where are the new sanctuaries—Egypts that will protect holy families in 2018?

There’s a third possibility as we look ahead to the coming year. If you feel neither like Mary and Joseph in crisis needing immediate shelter, nor like a foreign traveler on an open-ended quest for wisdom, perhaps you are equipped as a messenger instead, called by God to prepare and point the way for others. Several times in today’s scripture, heavenly messengers speak up as agents of safekeeping. An angel warns Joseph when it’s time to flee Herod’s wrath, then guides him back to Galilee when the threat was gone. As we have throughout this Advent and Christmas time, we follow divine guidance through the angels of Christmastime. On this New Year’s Eve, we hear the message with Joseph “to get up and go–leaving those things that weigh us down, and moving into the new year with new life.”[1]

I invite you to think about all that swirls on the horizon for 2018, especially in next year’s public conversation about our core values and commitments (also known as an election cycle). How might you be a faithful messenger like one of the guardian angels, with the news of #morelife? Consider one possibility, that of being a Faith Delegate in the 2018 caucuses and conventions. Faith delegates are those who enter the civic work of this democracy leading with our faith in Jesus Christ, and calling for his kingdom to come on earth as in heaven. This is not a partisan plea—it works equally well in either main political party. Faith Delegates are currently being organized and equipped throughout Minnesota by the statewide, multiracial and ecumenical coalition of congregations called ISAIAH. For the last several months, ISAIAH has been gathering people across Minnesota in more than 600 house meetings like the one Jane and Larry Williams hosted last Thursday night. The goal is to learn what’s most urgently needed across the state, and then to summarize it as a “faith agenda” to inform the political process in 2018. This hasn’t yet been finalized, but it’ll be unveiled in mid-January. Rather than being a platform for Republicans or Democrats, I expect the faith agenda to call on elected leaders of whatever party to do what’s needed today to fulfill Jesus’ Great Commandment: love God, and love your neighbor as yourself. Faith Delegates, then, will participate in the caucus and conventions of their chosen party, remaining publicly uncommitted to a candidate but lifting up instead the importance of faithful service to every neighbor across Minnesota. This is how we can heal our divided and bitter communities as Jesus would, by faithfully entering the world’s broken systems and bringing #morelife to them instead. I and others from Edina Morningside have committed to this process, there will be trainings about the process along the way, and I hope you’ll consider being a Faith Delegate too in 2018. I don’t know how Republican politicos have responded, but it warms my heart to know that the Minnesota DFL is not pleased with this idea. It’s about time that we as people of faith scramble the status quo of those in power, not for the sake of “burning down the house”, but because God in Jesus Christ calls us to build up a new community centered on care for those Jesus called “the least of these”. This may strike you as just what’s needed, or as too hot to handle right now because it involves politics. I confess it’s a little frightening to me also, but I’ve decided to follow the angels and #DoNotBeAfraid.

Wherever you find yourself this morning—needing sanctuary like the Holy Family, searching for Truth far and wide like the wise travelers, or ready to guide others to safety like guardian angels—this is the hinge time of the year between what has been and what will be. As you find your way through this limbo season, and listen for where God calls you to go in the coming year, let me close with the sentiments of Alfred Lord Tennyson, whose poem “In Memoriam” captures well the spirit of our times. He writes, in part:

…Ring out a slowly dying cause,
And ancient forms of party strife;
Ring in the nobler modes of life,
With sweeter manners, purer laws.

Ring out the want, the care, the sin,
The faithless coldness of the times;
Ring out, ring out my mournful rhymes
But ring the fuller minstrel in.

Ring out false pride in place and blood,
The civic slander and the spite;
Ring in the love of truth and right,
Ring in the common love of good.

…Ring in the valiant [one] and free,
The larger heart, the kindlier hand;
Ring out the darkness of the land,
Ring in the Christ that is to be.