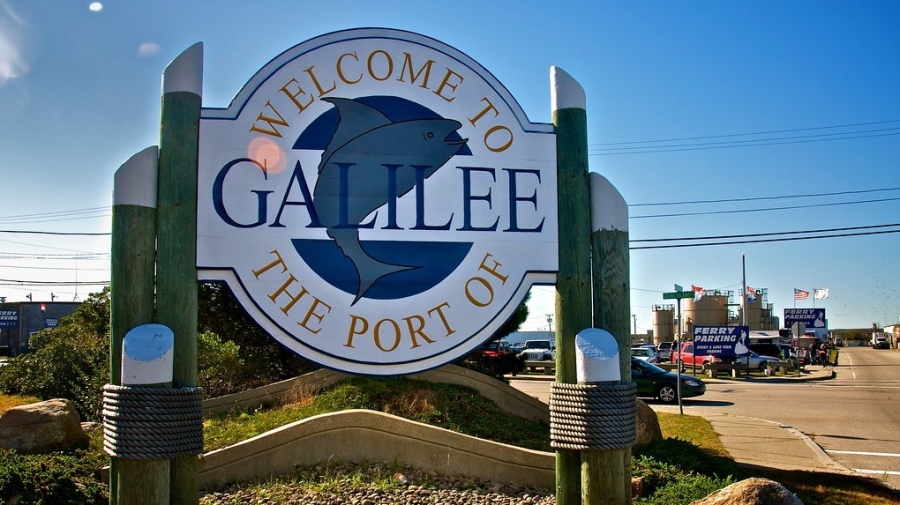 We almost didn’t have Easter today. A few weeks ago, our church leadership, staff and I had discussed not marking the resurrection today. We would do the other events of Holy Week, yet press “pause” on Easter until we could be back together in person. Then we would hold a grand celebration, and it could be the most glorious embodied experience of resurrection. I couldn’t imagine celebrating Easter when it feels like we’re all still in the tomb!

Yet, the first Easter happened in a place of unmistakable death, of hopeless loss and despair. Mark tells us that the women who were the last at the crucifixion were the first at the tomb, early in the morning on the first day of the week. They had come to anoint the body of Jesus, a loving, farewell act of devotion for their friend and leader. He had been arrested, publicly mocked, tortured and crucified, put to death in a most painful and humiliating way. Crucifixion was Rome’s proof that the power of violence would be unchecked, and that death reigned supreme. This man who preached in such a compelling way of love for God, neighbor and self was simply snuffed out by a brutal, indifferent foe. Death, and fear of death, were top of mind for these women disciples, Mary Magdalene, Mary the mother of James, and Salome, on their way to the tomb.

In Mark’s gospel, the account of what happens at the tomb is incredibly brief, just a few verses that sketch out an unbelievable, stunning reversal. The large gravestone is rolled away, and a figure dressed in white announces that the crucified one is not there—he has been raised. The women do not see Jesus at the tomb. They are given a message to bring back to the other disciples, but that’s it. It’s unimaginable to these faithful, devoted women that Christ was raised—they saw what had happened to him with their own eyes. And so Mark’s gospel, the first recorded account of Jesus’ life and death, finishes the entire gospel with this scene. The women “went out and fled from the tomb, for terror and amazement had seized them; and they said nothing to anyone, for they were afraid.” That’s it: there is nothing after this in the earliest versions of Mark’s gospel. There could be no Easter here—death and its tomb are too real.

This ending to the gospel was so unsettling to early Christians that they actually wrote at least two alternate endings to suggest that the women did tell some people, and that the risen Christ was seen. Because it’s hopeless to finish this way, right? This original conclusion is a real downer, finishing on fear and silence from the women who had been otherwise faithful all along. No wonder earlier Christians added a few verses after this. They felt compelled to tie up loose ends, offer a happily-ever-after ending, and resolve things with a bright Easter bow.

But Mark’s gospel, ending as he originally intended it, gives us something that other versions do not. It’s honest to our experience of the resurrection, especially in this time where all of us experience the looming, immobilizing fear of death, and its daily progress in the reports on the news. Like the women, we do not see resurrection or the risen Jesus for ourselves. Like the women, what we have to go on now is hearsay, handed down to us by our parents, tradition and disciples before us. We have overheard the testimony of others, but fright and shock may keep us from believing it could be true. It almost seemed wrong to me—your pastor!—to hold a service of Easter resurrection in these days where death is so dominant. How do we live without Christ visibly and bodily here, meeting us at the tombs of our times, leading the way to life again?

Yet we’re not totally without Jesus, even in Mark’s brief hint at resurrection. The young man at the tomb shares a clue about where Jesus is headed next. “He is going ahead of you to Galilee; there you will see him, just as he told you.” Galilee is what one commentator calls “a regular, though silent, character in this Gospel”.[1] Galilee is the place where it all began: where Jesus was baptized, where he first proclaimed that the Kingdom of God was at hand, where he called and taught his disciples, and where he liberated people from sickness, restoring them to life instead. While the crucifixion happens in the influential, communal center of Jerusalem, Lamar Williamson points out that Galilee is “the place from which the disciples and the women came: their home turf, the place of their daily routine.”[2] Jesus has left the tomb in Jerusalem, and his resurrection is not marked in a church sanctuary today, but he has left us a forwarding address: Galilee.

Where is your Galilee on this Easter morning? Where are the everyday places that we find ourselves in, including our own homes in these days of isolation? It is here to this Galilee that Jesus has gone before, promising to meet us here. As Gary Charles writes, “the risen Lord awaits us not in an empty tomb or in some distant future or remote place; the risen Lord awaits us in Galilee—on our city streets, in the halls of our schools, in the wards of our hospitals, and behind the bars of our prisons. …Want to find the risen Lord? Want to serve the risen Christ? Mark says, ‘Then go to Galilee.’”[3] There is no sequel to Mark’s gospel in the Bible, because Jesus has left the pages of the book and walked into our very lives. The ending that we’re looking for will be found among us, in Galilee.

I know that this Easter comes at a time when fear and death are ascendant. We hold our breath in alarm with each passing development in the news, with each report of this virus taking more lives, cruelly threatening worst those who are poor, refugees and people of color, those who have already been set up for death by the injustices of our society. We are among those “far better acquainted with Golgotha than Galilee.”[4] Maybe we’ve been looking already, and aren’t finding Jesus in the ways that we expected. Maybe we—like Peter on the night of betrayal—have decided it’s too risky to speak up or take action, even when we recognize the invitation of Christ. Maybe we too have hunkered down in denial, withdrawal and self-preservation. But if that’s the space of looming death where we find ourselves right now, it’s not the end.

The closing of Mark’s earliest account says that the women at the tomb said nothing to anyone, but we know that’s not true. Life overcoming in the face of death is such Good News—however hard to believe in any given moment—that it cannot be contained forever by fear. Because the women DID speak eventually, right? Otherwise we wouldn’t be here talking about it on Easter morning—we would be in the tombs of Good Friday forever. But the women broke their silence and told others the message, and disciples have been telling others this compelling truth down through the ages. The Good News of resurrection is not just a story we hear of something that happened once upon a time, but a story which moves us to action in our own lives. If Mark’s gospel is unfinished, it’s because we are the end of the Gospel. You want to experience the resurrected Christ? Live as he lived, love as he loved, forgive as he forgave, and believe as he believed, and you will experience Jesus.